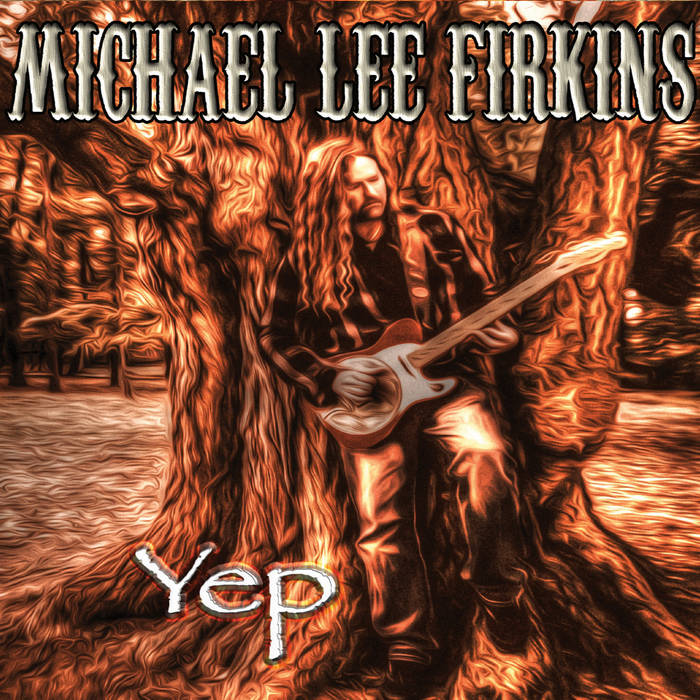 Examine classic hero mythology and one common element emerges: the protagonist, bound for a life-altering experience, suddenly appears from the wilderness, having been transformed by unlocking an inner power that had existed inside him all along.

Although the Omaha, Nebraska, native may not consider himself a hero, his musical career certainly invites comparisons to the world’s great ancient myths. Having spent years out of the public eye, roaming the proverbial hinterlands on his way to becoming a more well rounded artist and musician, Firkins emerged with a new, burning message for the world.

“In that time I found out what I was capable of as a musician,” says Firkins.

Firkins’ musical evolution is evident in tracks such as “Take Me Back”, “Long Day”, “Standing Ovation” and the two-part “No More Angry Man.” The title, itself, is a kind of ode to Firkins’ newfound no-nonsense attitude and ability to get on with things. “I wasn’t looking to make any grand statement with the title of the album or the cover,” says Firkins. “There is a country twang on the record and I wanted people to know that this is it. What you see is what you get.”

There was a time, however, when Firkins wasn’t so decisive or focused. A self-admitted procrastinator, Firkins damn near brought his recording career to a screeching halt when work on original solo material virtually ceased. Firkins kept busy at home, constructing his own studio, and tweaking his knowledge of recording techniques. Then, in 2007 a breakthrough: he released the album, Black Light Sonatas (Magnatude, MT-2306-2), which he’s described as “a little bit of old and something new. It’s the project that … elevated me to the next level in my life.”

But with each artistic plateau Firkins scaled a new challenge seemed to unfold before him. Finally, Firkins undertook a kind of personal R&D project and embarked on regular sojourns to the heartland, back to his native Nebraska, to form a band free of the usual music industry BS. The plan was to gain more experience as a lead singer in live settings. It’s a process that began over half a decade ago.

“One year I made eight visits to Omaha,” says Firkins, “and would spend two weeks there at a time there.”

Omaha helped Firkins to explore what he was capable of as an artist and vocalist. “When I got to the point where we were gigging regularly, opening up for Ronnie Montrose, not only did we have gigs, but we had a nice little string of them,” says Firkins. “It all started to work.”

The very appearance of Yep simply wouldn’t have been possible had the guitarist not progressed at his own pace, on his own timeline. “More than guitar solos, if you’re not feeling vocals, it shows,” says Firkins.

And it does show. The guy’s got mojo. In fact, the honey-soaked quality of Firkins’ low-range-y and gruff voice will easily generate comparisons to monolithic howlers and growlers such as Lowell George, Ronnie Van Zant and Chris Cornell.

“It all seemed to come together for this record,” says Firkins. “I’m happy with everything I’ve done on these tracks.”

Yep is validation of Firkins’ belief in himself and the self-started evolutionary process to become a more proficient and effective artist. “The course I took really made me see and hear things from a different perspective,” says Firkins.

Firkins gained fresh perspective in other musical ways, as well. A number of songs on Yep, including “Cajun Boogie” and the leadoff track “Golden Oldie”, feature an electric “Reso-Tele,” a guitar Firkins designed with the help of a woodworker friend. Fusing a resonator cone and the body and neck of a Fender Telecaster, the electrified roots rocker has built the perfect instrument with which to express himself.

“The Reso electric guitar was an integral part of my journey,” says Firkins. “When I first started this record I had been playing acoustic guitar a lot, and wasn’t really into the electric. But since I started using the Reso-Tele, I’ve designed my sound around the instrument, and tried to use it on as many tracks as possible for Yep.”

The tracking of the record was yet another reflection of Firkins’ explorative and organic creative approach. Songs were cut the good ole fashioned way -- with a 24-track MCI analog tape recorder over five days at Johnny Neel’s studio in Nashville, Tenn. No click track was used and rarely more than three takes were recorded for each performance. The kicker? Leavell helped to cue the action during the sessions via hand signals and arm gestures.

“Chuck was very instrumental in directing everything to make sure it went down right away,” says Firkins. “And, of course, he’s an incredible musician.”

Multi-flavored tracks, such as “Long Day”, “Out of Season”, “Cajun Boogie” and “Take Me Back” were all recorded live, showcasing the musical interplay between Firkins, Leavell, Abts and Hess.

“What you hear is exactly how they played it,” says Firkins. “They didn’t punch in and do weird overdubs. It’s just those three guys playing together from beginning to end, live.”

Yep, no BS. As “Take Me Back” boasts: “This ain’t no joke.” It’s just straight up roots fusion served by an undisputed maestro of musical ceremonies, who sacrificed aspects of himself to deliver a hard-won message. It’s that simple, that gut wrenching, that deep. And, yep, the album is that damn good.

Bandcamp Daily  your guide to the world of Bandcamp

Featured sounds from Fly Lo and Ahmed Idris, plus Mother Nature hops on to drop off new project